They Play Where Now?

I started doing this to help visualize player movement around times with lots of transactions, like the trade deadline or free agency. The choice of players to include is somewhat arbitrary, but I favour players who have received votes for major awards, been highly paid, or spent a long time with the same team. I won’t include any of the following:

The point is not to show what team rosters will look like or who “won” a trade. It really is about answering “They Play Where Now?” so I’m not surprised when I look up months later and realize, for example, that César Hernández is playing for the White Sox. 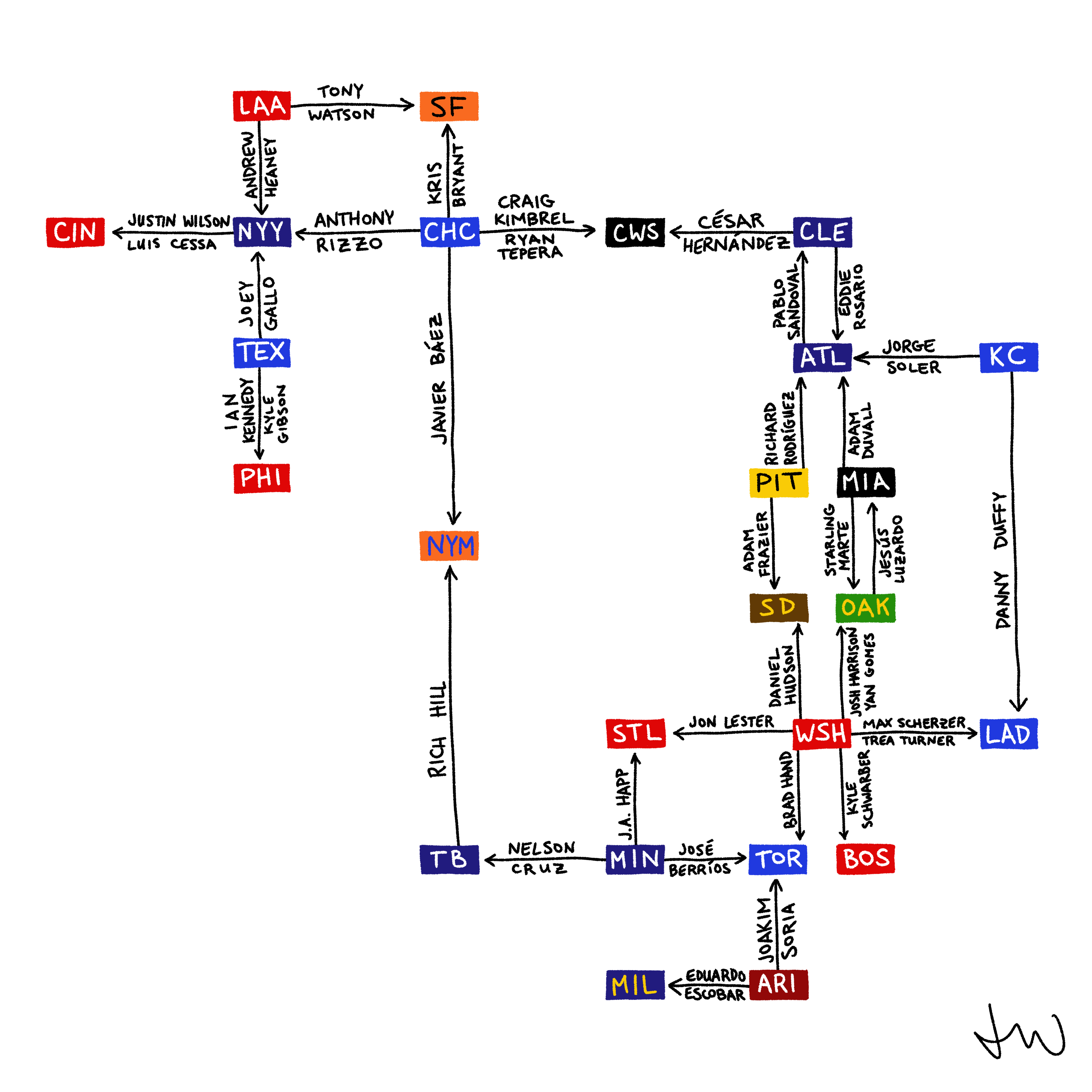 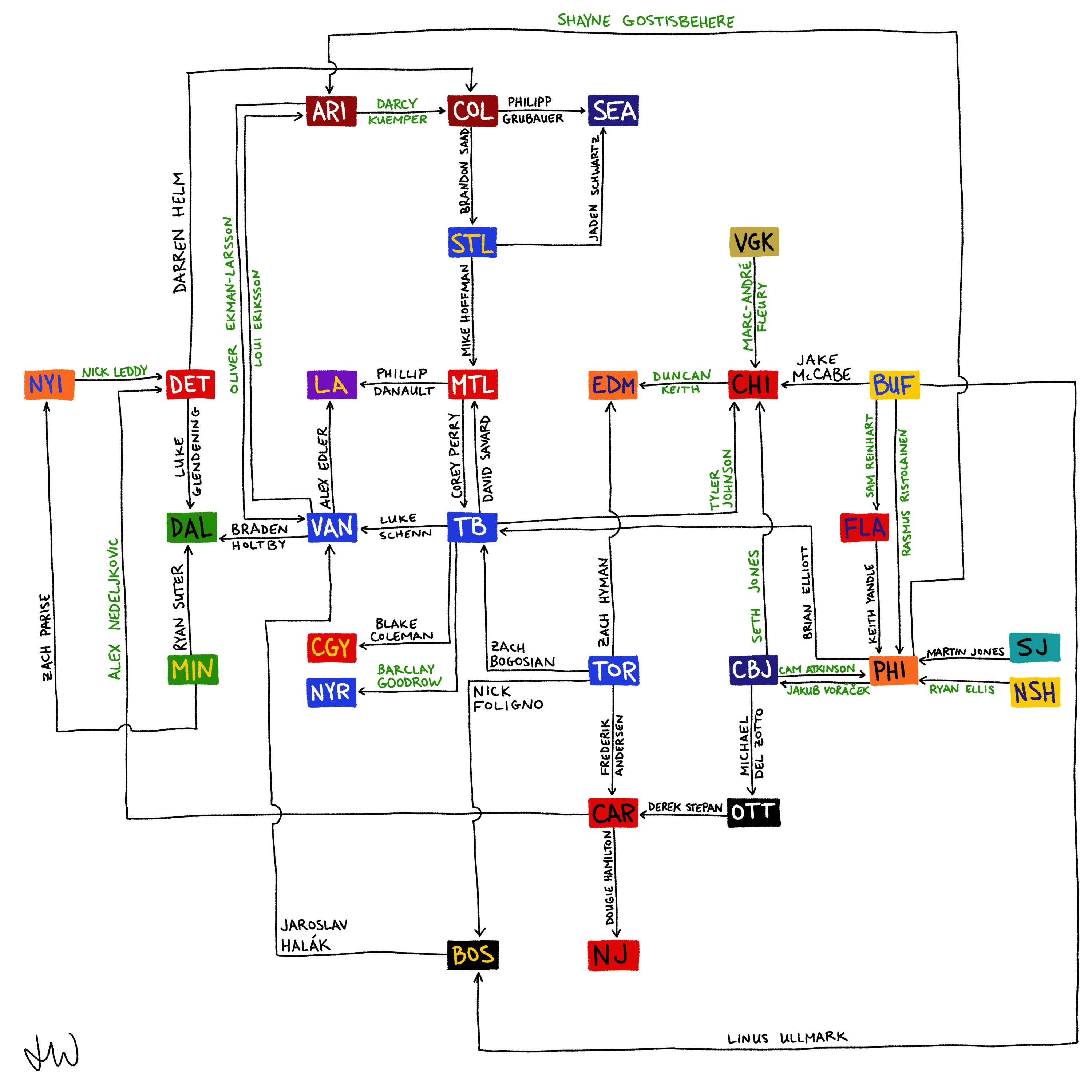